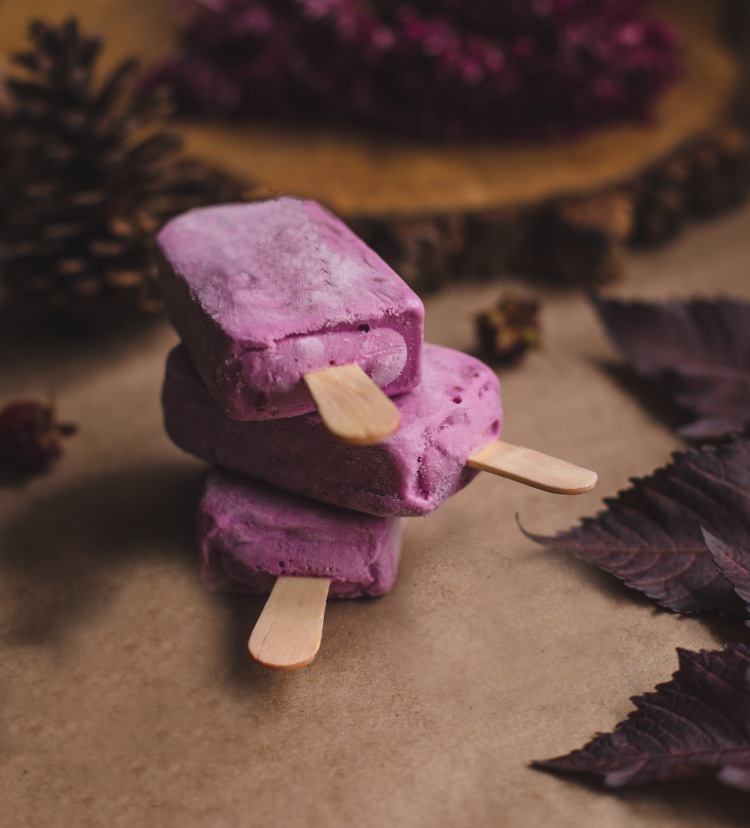 All you need is watermelon and lime juice!

A great new chill spot in the middle of the city. 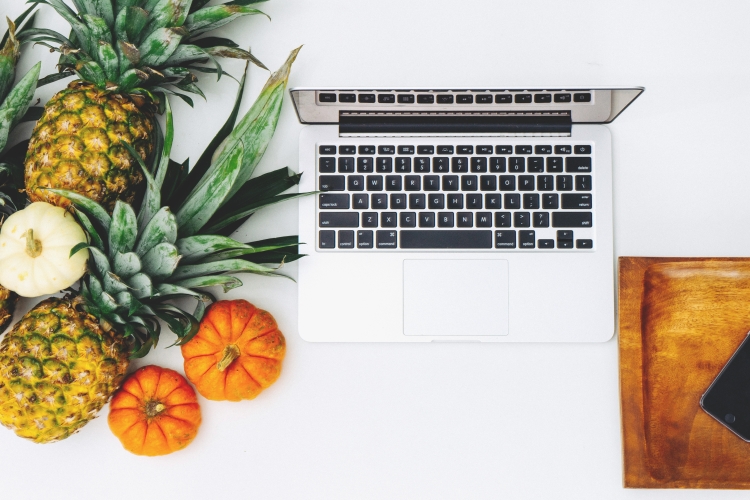 Your future handbag will be made from fruit—not cow. 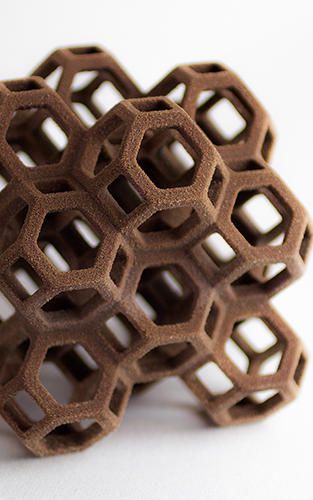 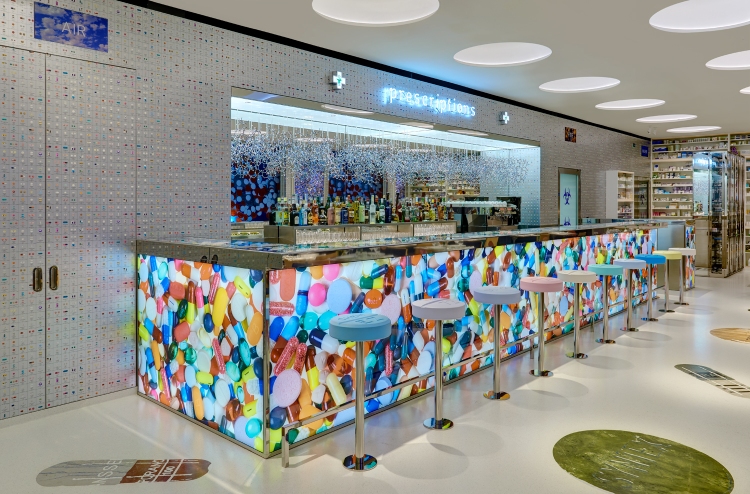 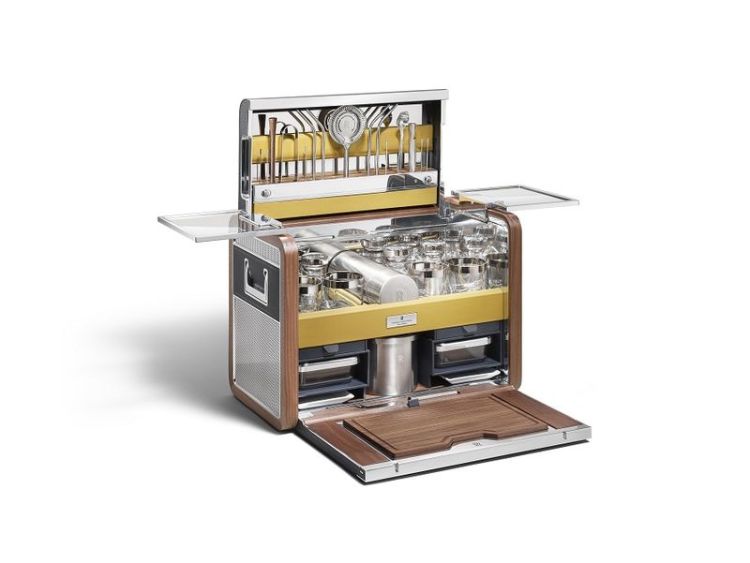 ‘Rolls-Royce’ recently teamed up with ‘Happy Hour’ to design a luxurious portable cocktail hamper. For those who enjoy mixing their own drinks, it is important to always have the correct tools on hand. This handy container provides a luxurious solution for mixing the perfect drink anytime. The ‘Rolls-Royce Cocktail Hamper’ is a limited-edition container that […]

One of the best things about living in the modern age is you can have pizza delivered right to your food, but this on-demand premium food delivery startup is trying to bring you better quality food.

Separated at birth, the reunion story of long-lost sisters Andrea and Robin McBride stems from exactly the person you’d imagine would be involved in such a tearjerker: Oprah. 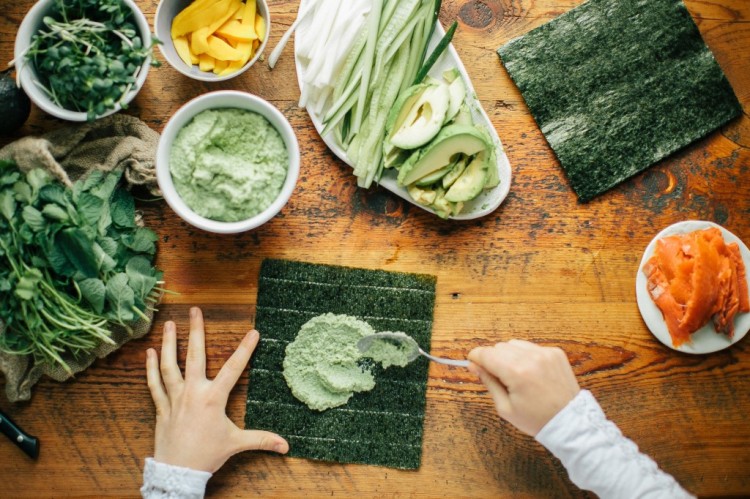 Suddenly, everyone is talking about the not-so-sexy underwater plant for its nutrient profile and skin-care benefits, even  The New Yorker is calling it “a miracle food”.  But here are the facts, cultures that have traditionally eaten seaweed-based diets are showing fewer instances of obesity, diabetes, Alzheimer’s disease and other degenerative diseases. Studies of large groups of people who eat […]

Whether you’re detoxing, in training or just generally trying to look after yourself, there’s no reason for eating to be dull nor does it mean that you cannot dine out; you just need to know where to go.  In major metropolitan areas restaurants are popping up introducing clean eating in fun ways.  Case in point, Hally’s London, a Californian-inspired […]

Davi DeRossi, the restaurateur and nightlife man behind many an East Village cocktail bar (including Mayahuel, Amor Y Amargo, and Cienfuegos), opens a vegan restaurant called Avant Garden in New York City’s East Village. The restaurant is an upscale eatery, whose mission is to help raise the bar on high end vegan dining. The chic east village restaurant is outfitted […]

Located in Seville in Spain, ‘El Pintón’ is a restaurant designed by Lucas y Hernández-Gil Arquitectos with the aim of fostering a link between the strong presence of the traditional architecture and a fresh and contemporary approach to the typical Sevillian courtyard. Mouldings and casts added in previous interventions were eliminated so that the original raw […] 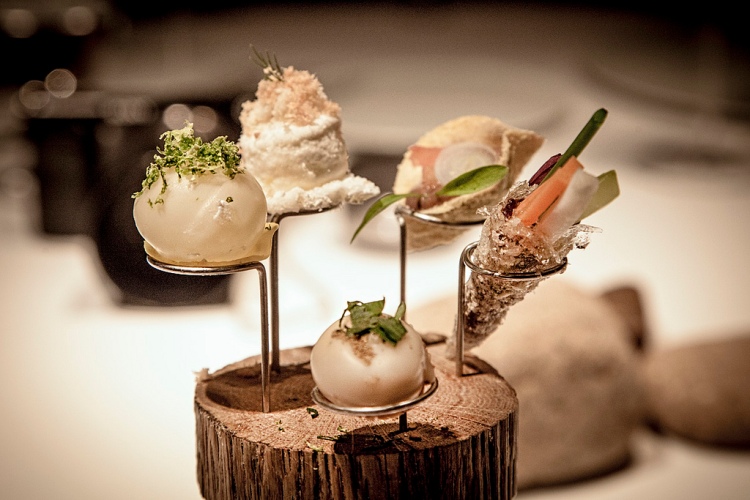 The province of Girona in Spain is well known for its 16 restaurants holding 20 Michelin stars. One of the most outstanding is the 3-Star Michelin Chef restaurant, El Celler de Can Roca run by the three Roca brothers: Joan (chef), Josep (sommelier) and Jordi (pastry chef). Gastronomy is one of the strongest points of turism […]

Taste of London is a food and drink hub for any foodie fanatics and a definite must if in the capital around the festive period. After the enormous success of the summer edition of Taste of London festival, Tobacco Dock will welcome back a whole new line up of award-winning chefs, and top restaurants. Taking […]

Vintage Confections, founded by Heather Kelly of Chicago, Illinois, makes custom lollipops. The encapsulated edible art pieces are made by hand in small batches by individuals who carefully pour, wrap and package every single one. Vintage Confections Lollipops are 100% edible and come in custom flavors such as blackberry, green apple, marshmallow and cotton candy. In addition to Halloween-inspired treats the […]

London celebrates food with a new museum.  Today marks the inaugural opening of the British Museum of Food, “the world’s first cultural institution entirely devoted to the history, evolution, science, sociology and art of food.” The British Museum of Food (BMoF) is the brain child of creative London based duo Bompas and Parr, the team behind alcoholic […] 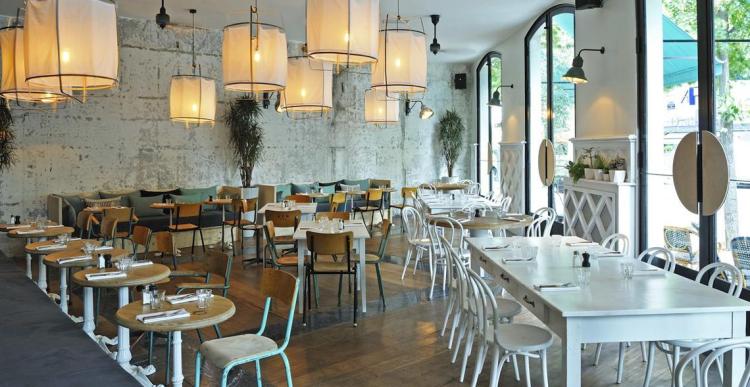 Auteuil Brasserie is Paris’ latest left bank eatery.  The Italian restaurant is built in an old railway station. The architect, Laura Gonzalez, conceived it as ‘a place where I would want to come over the weekend with my family and friends!’ The 500 square meter space, including the garden and the rooftop terrace, has been described as […]

The new Rongbaozhai Coffee Bookstore project, located on the popular street, Liulichang, in Beijing, is designed with today’s information era in mind. The modern 300 square meter space has become a role-model for bookstore outposts around the world. 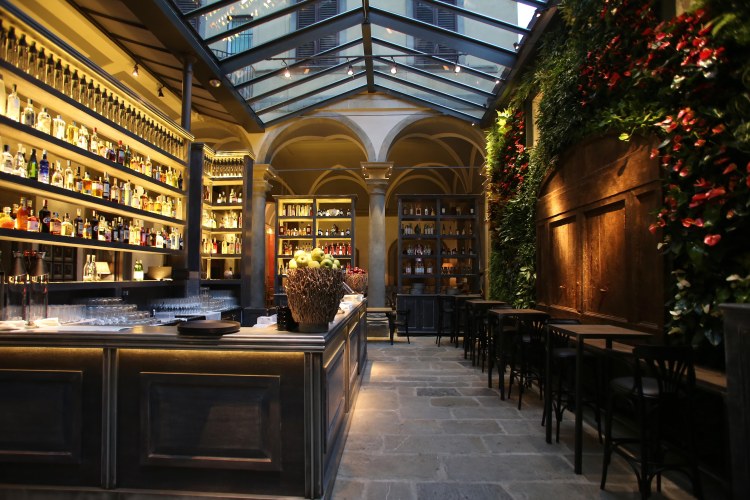 LOCALE∞ is Florence’s latest restaurant, opened last month, in the historic city ceter.  Located in Via delle Seggiole, between the Duomo, Palazzo Vecchio and Santa Croce, a few steps from the Museum of Bargello and the Casa di Dante Alighieri, the prestigious building was once part of the Palazzo delle Seggiole, first constructed during the […]

Bottega Ristorante located at Mega Kuningan, in The Golden Triangle of Jakarta’s central Business District, opened in January 2015 to immediate success.  Bottega Ristorante is one of the newest European concept restaurants in the capital of Indonesia. The concept design was inspired by ‘La Dolce Vita’ the 1960s Italian comedy – drama film written and directed by Federico […] 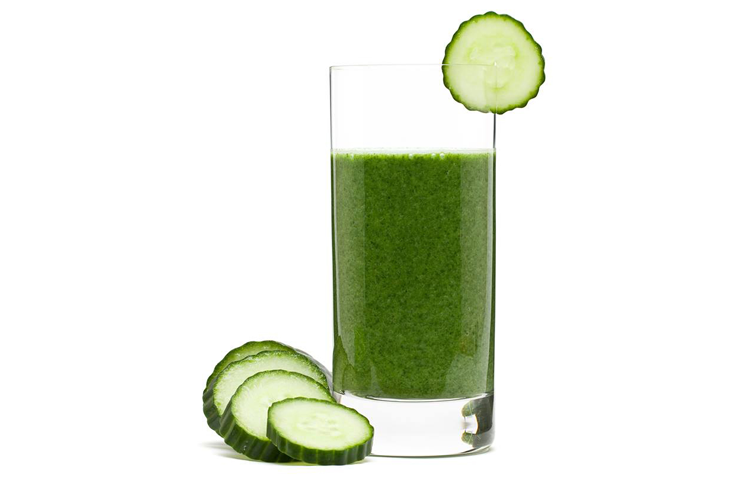 San George is the first Italian-cuisine offshoot of the popular Netherlands-based ‘George’ restaurants. Opened at the Amsterdam Stadhouderskade by owners Niels Reijers and Colette van Eembergen, the modern-day classic Italian eatery is located in the heart of the city center in Amsterdam and has become a hotspot for Sunday brunch. San George serves a Venetian-inspired menu with authentic Italian dishes […] 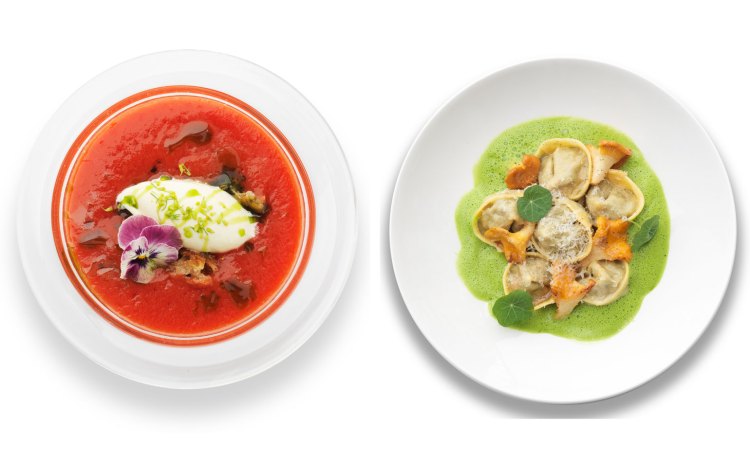 The Michelin guide was originally published as a travel guide for French motorists in 1900, but now it is a globally recognized restaurant star system known by gourmands and chefs who chase the coveted award. 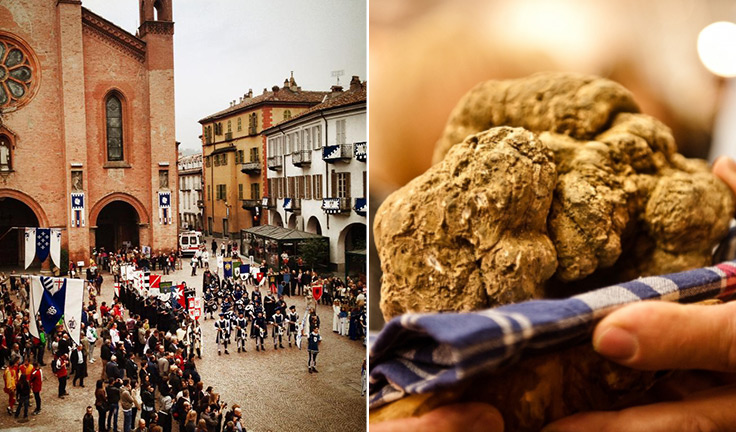 One of the main reasons why Italy has such a world renowned, delicious and timeless gastronomic tradition is due to the unique ingredients found on the land. One which has dominated the luxury food market for centuries and further contributed to putting Italy on the fine dining map is truffles, both the black variety and […]

Restaurateur Ntoumis Konstantinos who, after years of managing eateries for other owners, has started one on his own. Located in the affluent suburb of Kifissia, the café designed by Thessaloniki-based architects Minas Kosmidis, slots neatly into the locale’s leafy streets. The interiors feature an airy main dining room adorned with updated homages to classical Greek architecture, such […]

The Editors’ picks of best Paris Fashion Week Eateries feature amazing architectural stories and food for Vegans, for Seafood Lovers, for Burger fans, and for Gourmands. The Artcurial Café Located on the Rond-Point of the Champs-Élysées The Artcurial Café pays tribute to Italian food and design. French interior architect Charles Zana imagined a setting that evokes the works of […]

Our Top 3 New Bar & Restaurant openings in London. Hotel Chantelle Already a hit in New York, restaurant and bar Hotel Chantelle has opened an outpost in London. Set on Orchard Street, nearby to London’s Selfridges, the restaurant takes its cues from its home city. The space — which offers indoor and outdoor dining […]

END_OF_DOCUMENT_TOKEN_TO_BE_REPLACED 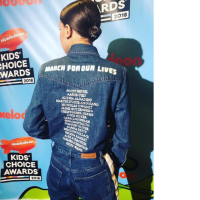