If you didn’t score a ticket to Burberry’s London Fashion Week presentation, you’re in luck, because we have the highlights from the show. From the backstage to the front row here are the best moments from the Burberry fall/ winter 2018-19 show.

Beyond a doubt, the most talked about moment was Cara Delevingne in a rainbow cape closing the 2018 Burberry Show under the glow of the UVA_Studio ‘Spectrum light’. 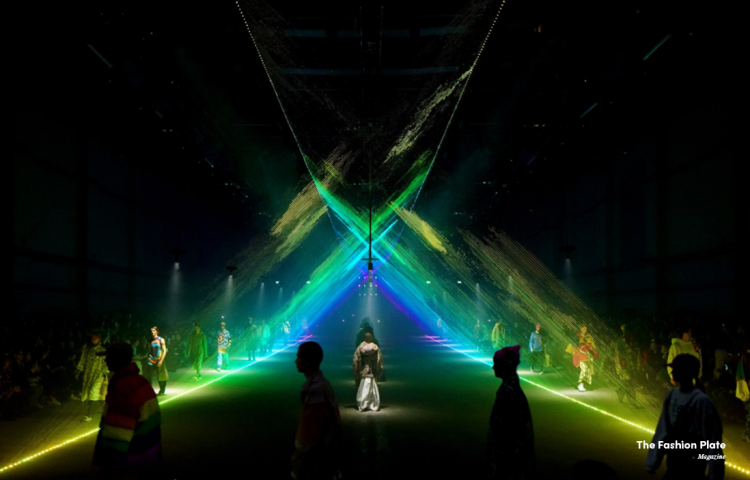 The casting at Christopher Bailey’s final show for Burberry encapsulated the effortlessly cool look he’s best known for while celebrating the fact that the collection itself was dedicated to LGBTQ+ youth.

Backstage, models posed in the latest rainbow design check. The new design is a parting gift from Christopher Bailey in honor of the LGBTQ+ communities and a new edition to the iconic Burberry check pattern.

After the show, models Adwoa Aboah, Edie B. Campbell and Cara Delevingne celebrated backstage. They were met by Naomi Campbell who cemented the moment.

The show included a big list of celebrities including Koharu Sugawara and Chiaki Hatakeyama, Iris Law and Kelvin Bueno, Zendaya and Luka Sabbat.

.@CaraDelevingne leads the February 2018 show finale under ‘Spectrum’, a collaboration with @UVA_Studio, and Christopher Bailey takes his final bow for @Burberry pic.twitter.com/s6p7B8Gh2o

Though Bailey will step down from the board at the end of March, he will continue to provide support to chief executive officer Marco Gobbetti and the team until the end of the year. Burberry has not announced his successor yet.

One thought on “Highlights From The Burberry Fashion Show At London Fashion Week.” 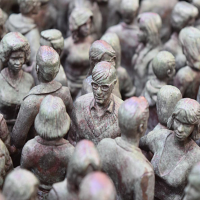 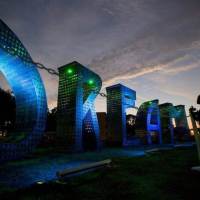 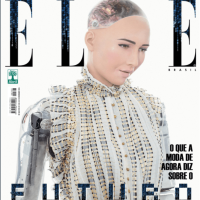