Iconic clothing company Calvin Klein and online retail giants Amazon have linked up and are bridging the gap between digital and physical marketing. With two different collaborations so far, the first being the ‘Calvin Klein x Amazon Fashion NYC Market’: an event held within New York’s Flatiron district allowing guests to interact with booths relating to the Calvin Klein Fall/Winter 2018 campaign and runway show.

The second is the #MYCAMPUS program — a collaborative effort between the two brands and Prime Student Ambassadors to get students interacting with the #MyCalvins movement.

The program already initiated its first effort by installing Amazon, Calvin Klein branded lockers into select universities and colleges across the United States.

In the era of company collaborations, we’re sure to see a rise in creative forms of advertising towards young people, the only question is if it’s welcoming or all the more cringey — we’ll let the youth decide.

More on articles by Lucas Pantoja.

I’m just a guy from Virginia who enjoys writing about clothes. Currently studying creative direction at The Istituto Marangoni in Milan, Italy. 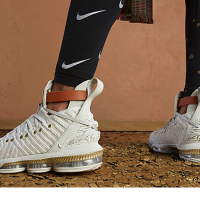