On Monday, April 30th President Donald Trump hosted Nigerian President Muhammadu Buhari at the White House. The event marks Trump’s first official visit from an African head of state. The official reason for the visit according to the White House communique was for both leaders to discuss promoting economic growth, fighting terrorism and building on Nigeria’s role as a democratic leader in the region.

Speculation regarding the Trump initiated face to face with Buhari centers on the potential threat of Boko Haram on Nigeria—the U.S.’s largest trading partner in sub-Saharan Africa. Despite Trump’s alleged reference to African nations as “s—hole countries”, US dependence on Nigerian oil has increased dramatically with imports jumping threefold in 2016 driven by uncertainties in Iran and Venezuela.

And today, Trump announced a $600 million deal with Nigeria over the sale of military aircraft, weapons, and intelligence training to support the fight against the Boko Haram. (Talk about having your cake and eating it too.)

As for Nigerian interest in the United States, Buhari needs help to address two huge social problems in Nigeria: the fact that 70% of Nigerians live in abject poverty, and that more than 50% of the country’s young people are jobless. To alleviate poverty and create jobs Nigeria needs to export more non-oil products to the US., particularly in sectors with strong demand in the U.S. like value added agricultural products, leather, food, spices, and beverages. 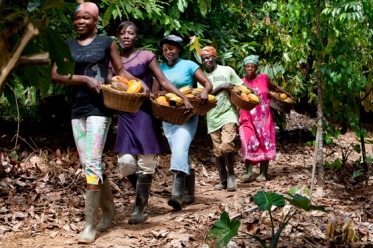 Cocoa bean grows on pods on the tree species called Theobroma Cacao. They grow in the humid and hot region of Africa and in some countries like Asia, South and Northern Africa. When the seed is planted, Cocoa can take about 5 years to mature and a single tree can remain productive for more than 25 years.

USA is the top country that imports the cocoa seeds- $1.38B

Today Buhari strongly referenced the African Growth and Opportunity Act (AGOA) as well the Trade and Investment Framework Agreement (TIFA) as the key to diversifying exports and strengthening their economy.

There are expectations that Trump might jettison the Act, or weaken some of its provisions that he deems inimical to his “America First” philosophy. Some speculate Buhari will lobby Trump for better access of Nigerian exporters to the US market through the African Growth and Opportunity Act (AGOA) enacted in 2000. The Nigerian president is arguably in a stronger position to negotiate the terms now that trade interest and commercial opportunities in sub-Saharan Africa are on the rise.

It appears both countries have strong political and economic interest in maintaining a close relationship for now. 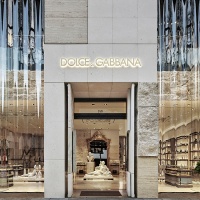