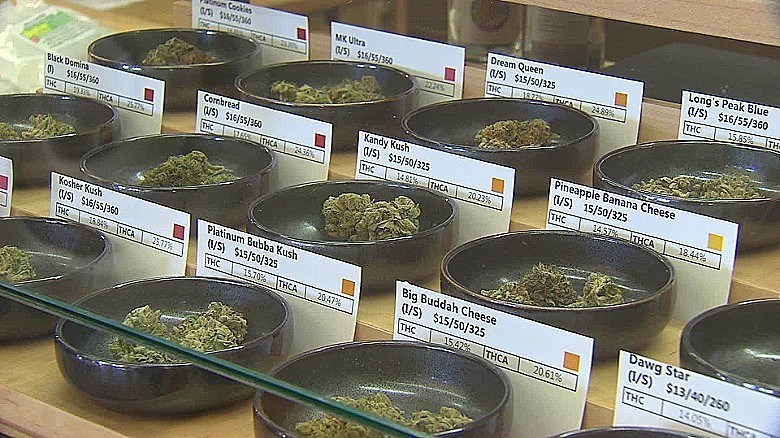 Grab that cup of coffee and catch up on the latest news in politics!

Global News headlines and stories about Democracy that you can read over coffee!

Business News – At midnight on the first day of 2018 recreational Marijuana became legal in California. The sales have shown an increase since the first day and are expected to boom as cities finalize local permitting rules to give licenses to businesses.

Business News: The Dow Jones Industrials crossed 25,000 for the first time in history. Faster economic growth around the globe and improving sentiment from consumers and businesses have helped power this rally.

Election News: A tied vote in the election of the Virginia House seat was decided by drawing names out of a bowl. Two slips of papers, one for Shelly Simonds (D) and David Yancey (R), were placed inside old film canisters and drawn from a bowl to decide between the two candidates. Yancey’s name was pulled from the bowl and Republicans retained control of the Virginia House of Delegates.

Election News: Minnesota Democratic Senator Tina Smith is sworn into office by U.S. Vice President Mike Pence. Smith brought the number of female senators to 22 when she took the seat of former Senator Al Franken, who resigned under pressure from fellow Democrats in December following allegations of sexual misconduct.

Election News: Alabama Democratic Senator Doug Jones gets a big hug from Joe Biden, former Vice President, after he is sworn into office by U.S. Vice President Mike Pence. Jones’s defeat over Republican Roy Moore as a Democrat running in a southern state made national headlines.

Business News: On January 2, 509 buses were exported from Lianyungang, Jiangsu Province of China to the African continent as economic trade grows between governments. China has turned to multiple countries on the continent of Africa including Kenya, Nigeria and Uganda, to secure long-term energy supplies to sustain its industrialization growth plans. China is now the African continent’s largest trade partner.

Culture News: Scotland made a large investment in the Arts with their first museum dedicated to the untold story of Scotland’s design achievements. The new £80-million-pound museum designed by Japanese architect Kengo Kuma, is set to open this summer.

Environmental Preservation News – In Kent tons of plastic and other waste was found lining the Thames Estuary shoreline, an important feeding ground for marine wildlife.  In December 2017 Britain joined the other 193 UN countries and signed a resolution to help eliminate marine litter and microplastics in the sea. It is estimated that about eight million metric tons of plastic finds its way into the world’s oceans every year.

Culture News: Soon the city of Tokyo will close it’s last remaining open air market. Ameya Yokocho started out as a black market after WWII when American goods were sold there. It has sold more than 50 million tons of 480 varieties of seafood. In the fall it’s relocating two miles south to an island in Tokyo Bay. The moving of the market has become a flash point—in Tokyo politics, in tourism, and in fishmongering. It’s a battle of economics versus culture. Those for the move say creating a modern fish market is vital for the future of Japan’s fish industry and, thus, the world.

Culture News: On January 2nd Colombia hosted its annual ‘Canto a la Tierra’ parade. Its the Carnival of Blacks and Whites in Pasto, Colombia, the largest festivity in the south-western region of the country. More than 10,000 people among artists, craftsmen and revelers take part in the Blacks and Whites Carnival, which has its origins in the mix of the multiple Andean, Amazonian and Pacific cultural expressions.

Business News: Sofia, the humanoid robot, made its first appearance in India at Indian Institute of Technology Bombay (IIT-B) on Saturday, during its cultural extravaganza TechFest on December 30, 2017 in Mumbai, India. Artifical Intelligence is expected to be the most important innovation in business. It is already in use in thousands of companies around the world, but most big opportunities have not yet been tapped.

Health & Safety News: In Mysuru, Karnataka, India, a campaign to clean up the country and recycle rubbish into compost and electricity is underway. The task is gargantuan, but the approach in Mysuru — combining the availability of cheap labor with traditional methods and modern plants — shows how the country might overturn its image of ubiquitous trash.

Environmental Preservation News: In Bulgari thousands protested in 10 cities to protect the Pirin Nature Park. The civil protests, on January 04, 2018, were against the construction of a second ski lift in the Bansko resort, located on the territory of Pirin Nature Park. The construction would add a second Gondola lift in Pirin requiring a sizeable demolition of the national reserve. Demonstration poster inscriptions said “We do not give the centuries-old Pirin forests to the oligarchs”.

Human Rights News: South Korean President Moon Jae-in on Thursday met with nine women who were forced to work in Japanese wartime brothels. The visit was prompted as a result of the South Korean panel set up to investigate the thousands of girls and women forced to provide sex for Japanese troops before and during World War II, euphemistically termed “comfort women” by Japan. Japan apologized to victims and provided ¥1 billion ($8.8 million) to a fund to help them but the South Korean President did not accept the proposed reparations deal.

Environmental Conservation News: In 2018 China expects a significant reduction in emissions thanks to efforts to reduce air pollution with programs like their sharable biking systems.