“It’s a sacrament to us,” Stephen Marley, told Rolling Stone in 2016. “People are getting educated about this plant (Cannabis) — not just a get-high thing, but what the plant is, was and what it has to offer as a plant.” And he’s right. There are two main varieties of the cannabis plant. There is marijuana – the medicinal (and recreational) cannabis drug popular in cultures around the world. And then there is Hemp — also called industrial hemp — which refers to a non-psychoactive (less than 1% THC) variety of Cannabis sativa L the most popular (and environmentally safe) fiber product known to humankind. Both hemp and marijuana come from the same cannabis species but are genetically distinct, and both are banned together in the United States despite their differences. But as more and more states legalize marijuana, it opens the door for the hemp plant and it’s many wonderful uses in health care and wellness.

Hemp is a renewable raw material that is incorporated into thousands of products. Its seeds and flowers are used in health foods, organic body care, hemp clothing, green-building construction materials, paper and other nutraceuticals.

As it grows, hemp breathes in CO2 and detoxifies the soil and prevents soil erosion. What’s left of the plant after harvest breaks down into the soil leaving behind valuable nutrients. And according to Forbes Hemp requires much less water to grow — and no pesticides — so it is much more environmentally friendly than traditional crops.

There is one more important detail to note about Hemp, unlike Marijuana, you can’t get “high” from it at all because your body process it faster than marijuana.

In March 2017 New York State started a $5 Million dollar initiative for the industrial use of Hemp. And one company has found a creative use for Hemp plant. Earlier this month Paola Fernandez launched High Hemp Organic Wraps as a plant based alternative to tobacco based wraps. The company launched in New York City with a big party featuring rapper A$AP Ferg. Other stars in attendance were Elijah The Boy, Brittany Taylor, Mike Fresh, Model Cheryl Pico, Swift and P Stone.

The High Hemp Co. is the first ever all organic herbal wrap company. The tobacco free organic wraps contain zero traces of nicotine, tobacco, or toxic additives. As a food product the company opens the door to an entirely new wholefoods market.

But hemp is not legal at the federal level only at the state level. Under federal legislation Hemp remains a controlled substance, considered as dangerous as drugs like heroin, LSD, and ecstasy, even though you can’t get high from hemp. However, farmers and lawmakers throughout the country are fighting for legislation in their states to decriminalize hemp for cultivation.

An encouraging new Gallop poll shows that a record high 64% of Americans support legalizing marijuana for recreational use, completed in 2017. The growing acceptance of marijuana among Americans, along with pro-pot initiatives passed in eight of the nine states in the ballot boxes in November 2016 imply, in all likelihood, the stigma will eventually be removed and the herbs legalized.

In the interim we look forward to seeing more innovative business ventures for hemp in the future!

What do you think? Are you for or against the use of this natural herb? Drop a comment in the section below. 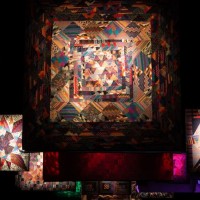