At this year’s edition of Art Basel Miami 2017, Trump’s face cannot be missed. Whether in the work of Peter Saul or Manuel Ocampo, grotesque caricatures of the U.S. President are everywhere. They use his face as a way to protest Trump administration’s policy on immigration, gun control and inequality.  But this was expected which was why happening upon Daniel Knorr’s new sulpture to christen Jade Signature, the new luxury condominium tower in Sunny Isles Beach, was a literal breath of fresh air.

In it’s own way the sculpture too shined a light on Trump’s divisive policies but in a way that sparks hope.  You see, Daniel Knorr built a snowman.

As Daniel explained to us “the figure of the snowman – the good man – the good soul represents the human being. It is decorated with stones from all over the world representative of the people from so many nations that make up the city of Miami. This new construction alone people are coming from 25 nations. I used the heritage, or the prominence of the people, with the prominence of the stones and put them together to fill the snowman in with content. I decorated the good soul with the stones of the people that come from all over.”

Daniel Knorr gets it. He understands what makes the United States of America so special.

Before Daniel spoke he was introduced as a man who helped make the impossible possible. “We have over 25 different nationalities in the building, and (thanks to Daniel) every one of those residents have a piece of stone that comes from their nationality.”

Before the ceremony three girls were standing in front of the snowman taking pictures. And I realized he’d created something very special there in Miami Beach.

There for all to enjoy. 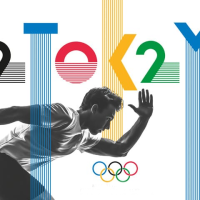