In a rare showing the maison will release an exhibition entitled “Hubert de Givenchy: To Audrey With Love” in The Hague, Netherlands. Here are 5 things to know about Givenchy’s new exhibition for the iconic Audrey Hepbury.

This is more than a retrospective.

When Hubert de Givenchy retired in 1995 he left the House an incredibly rich heritage treasured for it’s historical value.

The exhibition will act as an initiative to preserve the work of the Givenchy heritage archives and the numerous clothes and accessories designed between 1952 and 1995. The archive includes emblematic pieces that once belonged to Audrey Hepburn, Jackie Kennedy and the Duchess of Windsor.

Maison Givenchy has loaned nearly 50 haute couture creations to the iconic star along with a hundred accessories. And they will each be on display at the upcoming exhibition.

The moment Audrey Hepburn and Hubert de Givenchy made magic.

For her costumes for Sabrina, the film that made her the highest-paid actress in the world, a young Audrey Hepburn was sent to the Paris atelier of Givenchy. Expecting Katherine Hepburn, Givenchy was quickly enchanted and loaned the budding starlet everything she wanted.

For the exhibition the Maison Givenchy features Hubert de Givenchy’s creations for Sabrina also featured are designs from renowned movies How to Steal a Million and Breakfast at Tiffany’s.

The legendary couturier has been in retirement for over 20 years, now 88 Givenchy made a recent appearance to dedicate the new exhibition To Audrey With Love.

What’s Available at the gift shop.

Walking away from original Givenchy creations will be hard. A keep sake, Givenchy’s new book released late last year entitled To Audrey With Love, a sketchbook of designs for clothes he created for her on and off the screen, will be available for purchase. 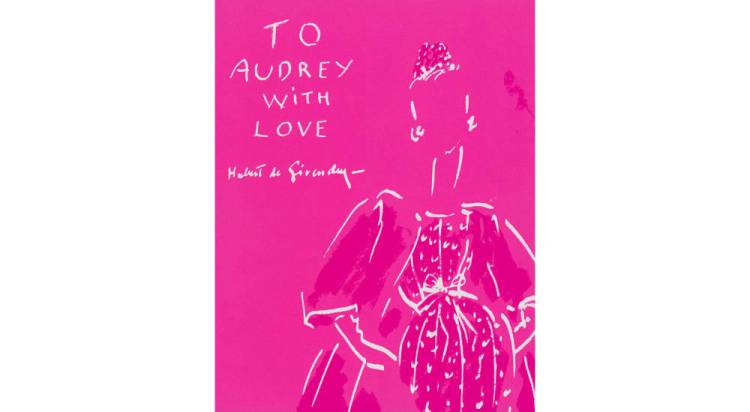 The exhibition runs until March 26th in The Hague before being adapted for venues in Switzerland and Calais:

– “Audrey Hepburn & Hubert de Givenchy, an Elegant Friendship” at the  Fondation Bolle in Morges, Switzerland from May 19 – September 17, 2017.