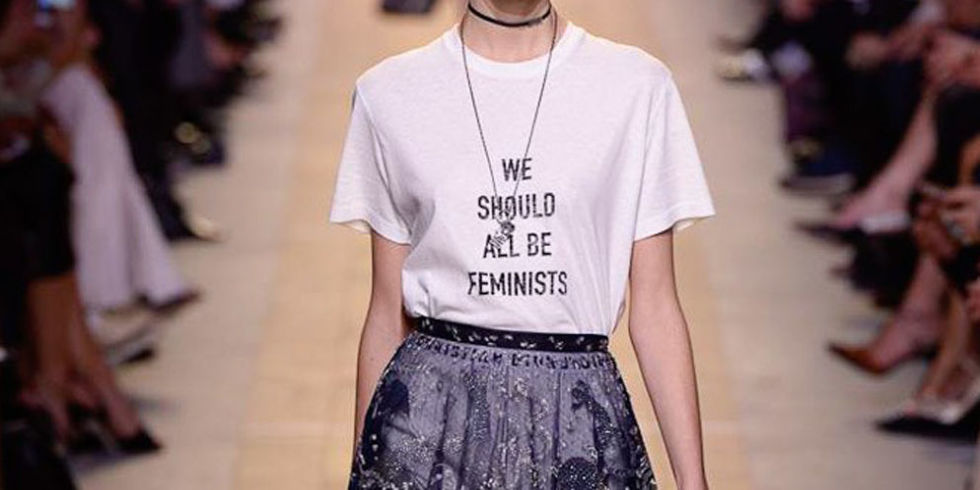 Given the historic Presidential campaign we’re in the midst (and the GOP candidate’s track record when it comes to discounting and disparaging women), we need all the reminders we can get that the word “feminist” is not a dirty one. So, thanks to Maria Grazia Chiuri for the powerful statement she made at her debut as creative director of Christian Dior in Paris today. On her runway, paired with a beaded tulle skirt–and a slogan tee bearing the words “We Should all be Feminists.”

The fact that Chiuri was appointed head of the storied French house was major; she’s the first woman to ever helm Christian Dior (after Dior himself, directors there included Yves Sant Laurent, John Galliano, and Raf Simons, Chiuri’s immediate predecessor). And we’re beyond excited that she took the opportunity at her first Dior show to make this bold statement. The only bummer: her T-shirt–a guaranteed sell-out—won’t be available until the election because it’s for spring 2017, because this look would make for the perfect voting day outfit. Here’s hoping when we can buy it in early 2017, it will be in celebration of our first woman President.

This story originally appeared on Glamour.