The Soho House was founded in London in 1995 as a home away from home for people working in creative fields. Today there 12 Soho Houses around the world, 13 counting the newly opened Soho House in Istanbal.

The Soho House Istanbul is a former US embassy that stretches out over four structures. The buildings origins date back to 1873. Genoese shipbuilder Ignazio Corpi commissioned Italian architect Giacomo Leoni to build the palatial residence bearing his family’s name in what was then known as the European quarter of Constantinople.

In 1906 it became the US Embassy and thereafter the US Consulate. Once acquired by the Soho House team the property underwent a four-year restoration on the original frescoes, Carrara marble flooring (the same marble Leonardo da Vinci used for the Duomo in Milan) and Piemonte rosewood doors to bring the beautiful old back to life.

Inside the 19th-century palace are 87 hotel rooms of various sizes including 17 mezzanine rooms and one apartment. There is also a restaurant, gym, a 49-seat screening room, a Cowshed spa, a ballroom, and a rooftop pool and restaurant which offers stunning city views over the Golden Horn. 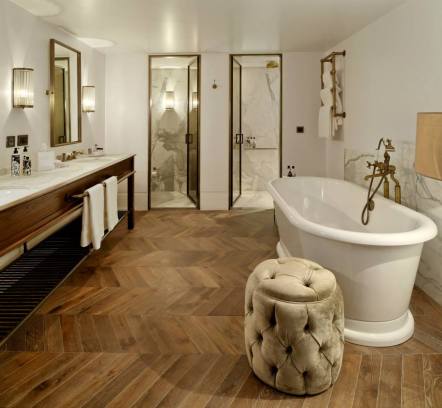 Membership to Soho House Istanbul gives you access to all club spaces and facilities: bars and restaurants, gym, the screening room and their event programming calendar. But spaces like the hotel, two restaurants, spa and gym are available to the public.