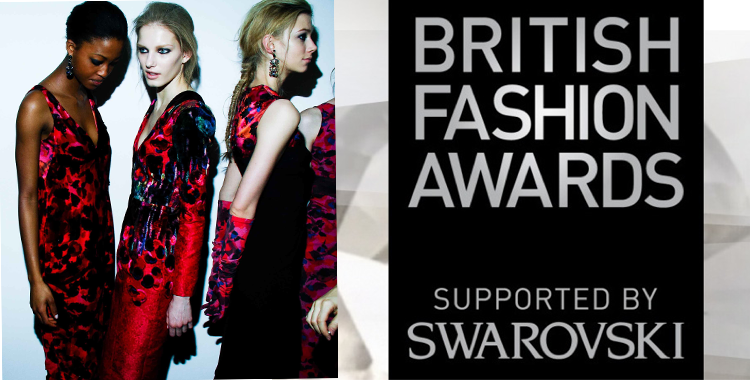 Céline and Malika Firth are among those in the running for the coveted British Fashion Council (BFC) award presented in collaboration with Swarovski for a second consecutive year. The 2015 awards will be hosted by British comedian and actor, Jack Whitehall at the London Coliseum on 23rd November 2015.

Once again Victoria Beckham is one of the three candidates for this year’s top award of womenswear designer of the year. Beckham has twice previously been awarded brand of the year, in 2011 and 2014, and is a three-times nominee for the same award. Seven years after her first collection, the 2015 nomination represents acknowledgment of her label as a creative force as well as a commercial one.

The British Fashion Awards has increasingly become the highlight of the fashion award season with their support of new and emerging designers. Other official sponsors lending support are M•A•C, TONI&GUY, Marks & Spencer, Mercedes Benz and St Martins Lane hotel.

The complete list of the 2015 British Fashion Award nominees are: