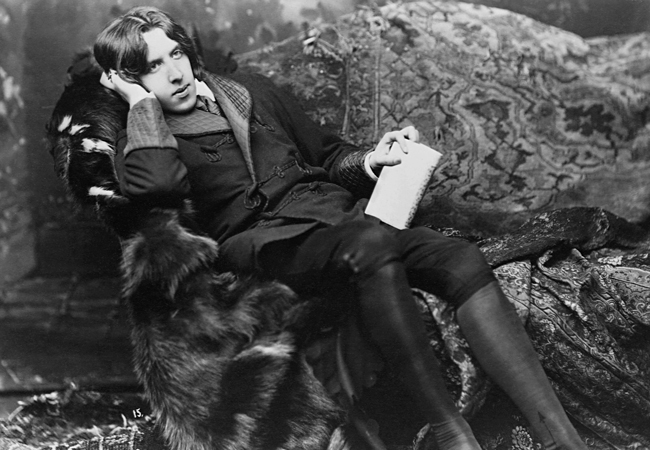 Oscar Wilde, the Irish author who wrote The Portrait of Dorian Grey and was in love with the language of Molière is set to receive an exhibition in the grandes galeries of the Petit Palais. This is France’s first major homage to the inimitable author.

The exhibition titled Oscar Wilde: L’Impertinent Absolu will present manuscripts, rare editions, portraits and Pre-Raphaelite paintings relating to the scandalous figure of the literary world. Among the 200-plus items on show will be photographs, painted portraits, personal items, and the original manuscript for Wilde’s 1893 tragedy, Salome—which was originally published in French.

An Irish ex-pat, Wilde divided much of his adult life between London and Paris, authoring essays, stories, and plays including The Importance of Being Ernest, Lady Windermere’s Fan and An Ideal Husband.

In his life, as in his often witty and biting writings, he extolled the virtues of beauty and decadence and was known for accenting every outfit with a light-green carnation. Following his death in 1900, the flower became a symbol of his unique talent and effervescent personality.