The Fashion Plate
You Are Reading

The Yoga Festival in Italy is an annual 3-day event hosted in Milan, Padova and Rome.  The festival began in 2005 as a members only event, but the mission of the organization quickly changed, and the founders wanted to use the festival as a way to unite humanity in the face of today’s changing times.  The independent festival now welcomes people from around the world. 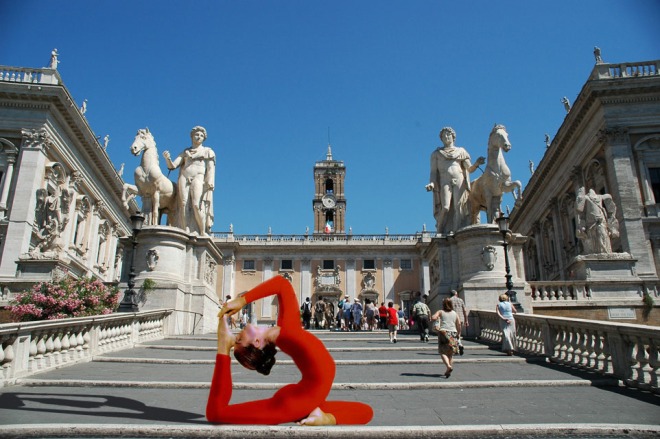 The fair includes daily yoga practice sessions starting at dawn, with conferences and meetings scheduled through-out the day. In addition to the classes and lectures, the locations in each city typically include a small pool for water practices, pop-up vendor markets, juice bars and organic restaurants. In 2007 the festival added space for children, with their own itinerary of events focused on using Yoga for socializing, development and learning.

The September 2015 Rome edition had it’s greatest success with over 5,000 participants. The Yoga Festival Milano is scheduled for 6-8 November 2015.  The Padova and Rome festivals, typically offered in June and September, are now scheduled for Spring 2016.

To request a brochure in English, for 2016 dates for Padova, Rome and Milan, contact the Rome office by email.

Nichelle Cole is the founder & creative director of The Fashion Plate magazine. A respected writer, stylist and influencer, she has been published in fashion magazines around the world.

Mother Of Pearl Launches “No Frills”, Their Most Sustainable Line To Date.

New On The Fashion Plate