Serena Williams is a winner. At age 36 she has won an Open Era record 23 grand slam titles. To win those titles, she has beaten 12 different players who have been ranked No. 1, including her sister, Venus Williams, seven times.

Though tennis is not as popular among North Americans as basketball and baseball, Serena Williams has become as much a household name as Michael Jordan, LeBron James, and maybe even Babe Ruth.

Serena’s accomplishments and sportsmanship set her apart from most athletes, male or female. She is competitive, yes, and she makes it extremely known on the court, but, she is humble. Following her matches if she loses, she is never bitter towards opposing players, she is complimentary, you even see her hugging her competitors.

But Serena Williams is more than a Tennis Player, she is a wife, a mother and a spokeswoman. When Serena began championing women’s issues from beauty expectations to pregnancy and healthcare, admitting her own insecurity to look a certain way and to always be the best she inspired countless people who face similar expectations albeit different circumstances. Her genuine message to embrace yourself, as you are, elevated her from a great sportswoman to an icon.

This makes her upcoming collection with Off-White designer Virgil Abloh that much more appealing. Co-collaborator Virgil Abloh too is out to prove himself. He only recently started with Louis Vuitton as creative director of menswear. And unlike the trained directors before him Abloh is working off pure talent and instinct, never having received a formal education in design. But Serena Williams sees something in his work and her fans trust her instincts. It doesn’t make the pressure for either one of them any less but Serena is a pro who thrives upon competing against the very best in her field.

Virgil Abloh and Serena Williams have named the collection “QUEEN” and it will be produced in partnership with Nike.

“With Serena, we have one of our generation’s most powerful, inspiring athletes as the muse,” Abloh said in a press release. “I was trying to embody her spirit and bring something compelling and fresh to tennis.”

The Abloh-designed on-court Nike collection includes tennis shoes and apparel. It will  launch just before the US Open set to start on August 27.

Below are a few images from the upcoming release.

We love to hear from you. Please comment in the section below.

One thought on “The Serena Williams Effect.” 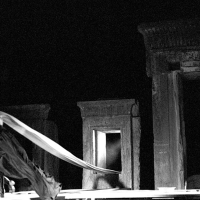