Kanye West is back. The Grammy winning artist reopened a new twitter account two days ago which already has over 3.5 million followers. West closed his previous twitter account about a year ago for unknown but highly speculated reasons.

Hey @kanyewest Thank You For Coming Back To Twitter.

There are only 14 posts on his new twitter profile, two pictures are of a new boot design. This is exciting news. Kanye West is one of the best designers of our generation but his genius hasn’t always been the most embraced in high fashion circles. The critics are shortsighted because his work easily ranks among other talented and conceptual designers like Craig Green or J.W. Anderson.

The new boot design West revealed on twitter is fire and should put Timberland on blast if Kanye decides to focus on a sport utility boots line.

Many contribute Kanye West to the high fashion, “street wear” fashion movement and they should, the Yeezy line when it debuted in 2015 was the most criticized but became the ‘people’s choice’ style aesthetic none-the-less. The youth culture immediately gravitated towards Kanye’s “new look” and design houses began to adapt their collections to the Yeezy aesthetic. 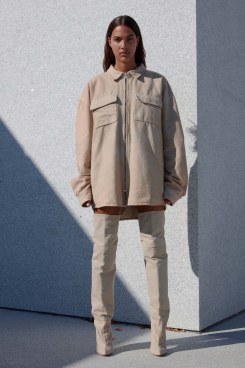 IMO Kanye walked away too soon discouraged by the critics. The “Jesus Walks” star recently spoke about being in awe of Virgil Abloh’s new appointment to Louis Vuitton while interviewing his interior designer for The Hollywood Reporter.

Before Louis Vuitton, Virgil Abloh rose to fame for his “Off-White” label, a well respected fashion maison seamlessly integrating black fashion and black style into the high fashion industry. Hopefully the news will spark Kanye to continue his own Yeezy sportswear label and expand the offerings.

Kanye currently designs footwear for the label and was last in the news to call out Nike poaching on his design.