Ok, so we were totally off on so many predictions but that isn’t to say there weren’t some long-shot wins at the Oscars last night. And keeping in the traditional of post-Oscar water cooler talk, some of us were so happy for Jordan Peele on his win for original screenplay and some of us gave a full angry boo to the Oscars and their snub of Greta Gerwig.

See where our predictions lined up and where we missed the mark at the Oscars 2018.

The Shape of Water, *WINNER

Get Out *TFP PREDICTION

Many were predicting that Jordan Peele’s Get Out would win in at least one Oscar category, so our selection for Get Out as best picture was actually part of the majority thinking.

Actor in a leading role

Daniel Kaluuya, Get Out *TFP PREDICTION

British actor Daniel Kaluuya received the Bafta award and a Golden Globe nomination for his breakthrough role in the horror film – we thought the Oscars 2018 would recognize his talent for the big win.

Actress in a leading role

Frances McDormand’s character portrayal in Three Billboards Outside Ebbing, Missouri is the most controversial of The Oscars nominees, and she was also one of the favorites to win. Her raw energy and brutal delivery was amazing. And let’s face it, only she could have done this movie, based upon a true story, the justice it deserved.

Actor in a supporting role

This year two actors could have won for playing LGBT characters: Timothee Chalamet (Best Actor for “Call Me”) and Richard Jenkins (Best Supporting Actor for “The Shape of Water”). They wouldn’t have been the first to win for queer characters — far from it — but if either won they’d be only the third who lived to tell the tale.

Actress in a supporting role

In “The Shape of Water,” the Oscar-winning actress plays the best friend of a character named Zelda Fuller, a mute woman (Sally Hawkins) whose lack of speech isolates her from most of the world. So Spencer has to do the talking for both of them ― a tall order once Hawkins’ character, Elisa, becomes enamored with a mysterious creature corralled in the laboratory. I believe “scene stealing” was how Huffington Post described Spensor when she was on screen.

For The Shape of Water, Dan Lausten won our hearts through the main character Sally Hawkins and her romantic storyline. Dan Laustsen developed a cinematographic scheme to help Sally Hawkins light up the screen.

Obviously this is one of our favorite categories. For Beauty and the Beast Durran really thought about the character. What was most important were the small details, like, costume designer Jacqueline Durran created pockets on the outside of almost everything Belle wore, like a modern day tool belt, so she could access whatever things she needed during the day with ease. This and many other reasons made us root for Durran to win.

Turns out, Lady Bird is a semi-autobiographical tale about none other than Ms. Greta Gerwig herself. It’s no wonder the saucy lead character was soooo well rounded. That, plus Greta’s obvious directing chops means this was one of those rare first-time crazy amazing directing nods that deserves the full achievement. Greta should have won!

Obviously our second favorite category, and wow – the Darkest Hour was so deserving of this nomination. All the wigs were designed by this team. Every hair and lipstick was a custom color designed to transform the actor, to fit the character, fit the clothes and fit the scene. The final effect was extraordinary.

John Williams’ score is one of the definitive elements of Star Wars’ legacy. His melodies have become inseparable from the Star Wars saga. The sound is enough to recall the exact film it comes from and all of the emotion, turmoil and angst from the movie. It is an iconic score from an iconic composer.

James Ivory, Call Me by Your Name *WINNER

This is a NETFLIX movie people. I can safely say that Mudhound was the flick no one saw coming. And Virgil Williams was one of the main players needed for this film to be the success it is today.

Jordan Peele, Get Out *WINNER

Lest we remind you, again, Greta wrote this as a semi-autobiographical tale. I mean, it has so much depth, so much realness and it is so relatable to people, regardless of sub-culture, she totally deserved this win.

So who were you hoping would win in these categories? Drop us a line in the comment section below! 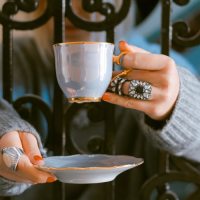 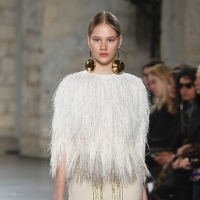